Location/Setting: Located on private agricultural land, this rock art is within Ballintemple graveyard (WI040-011003), which is situated in a field under pasture. The stone is east of the remains of an early medieval church (WI040-011002). The site is located around 380m southwest of the Aughrim river.

The Rock: This thin shale slab (0.93m long x 0.31m wide x 0.12m thick) has been significantly reworked from its original form. It is not possible to say if it originally belonged to a rock outcrop, earthfast boulder, or smaller more portable stone. Since the carving of its cupmarks it has been reused as a window sill, and finally as a grave marker.

The Art: The stone is currently in an upright position with cupmarks visible on its two main faces. There are five cupmarks on its east-facing side, one of which has been carved completely through to the other side to produce a hole. On this side also there is a rectangular shaped reduction on the lower left side of this face, which indicates its reuse as a window sill. Above this recess there are the remains of another two cupmarks, which have been damaged where the stone has broken away. These partial cupmarks are mirrored by another two cupmarks on the west-facing side, which also has six further cupmarks, along with the circular hole shared with the other side. The largest cupmark (6cm diam., 4cm deep) is located on the west-facing side; the rest of the cupmarks on both sides are between 3- 4.5cm in diameter and 0.5-2.5cm deep. 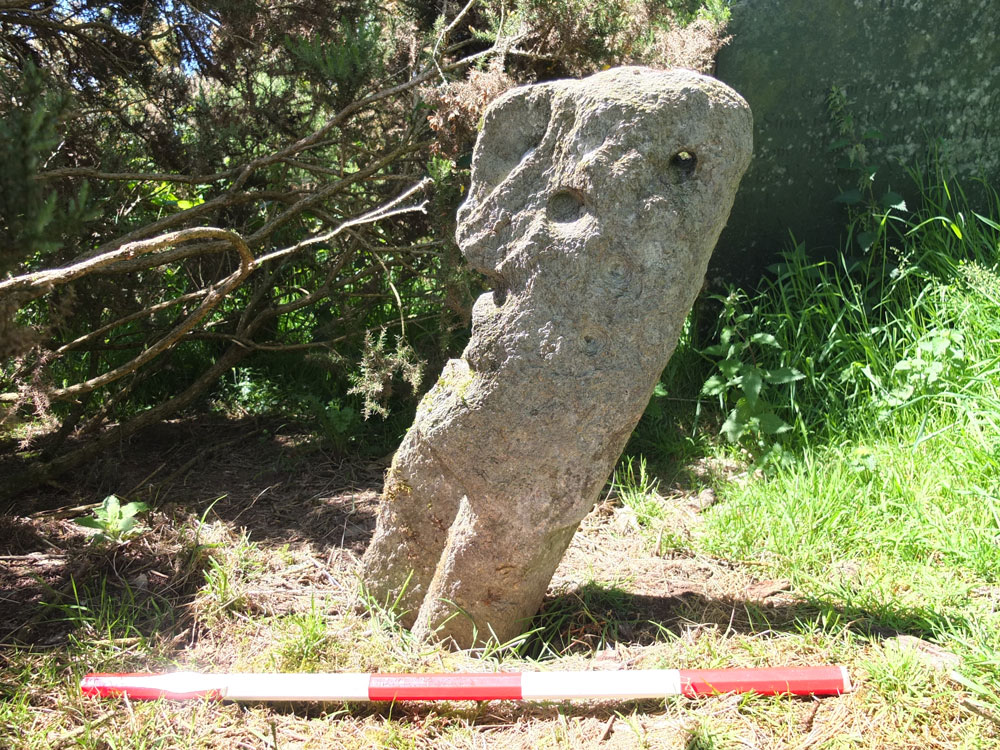 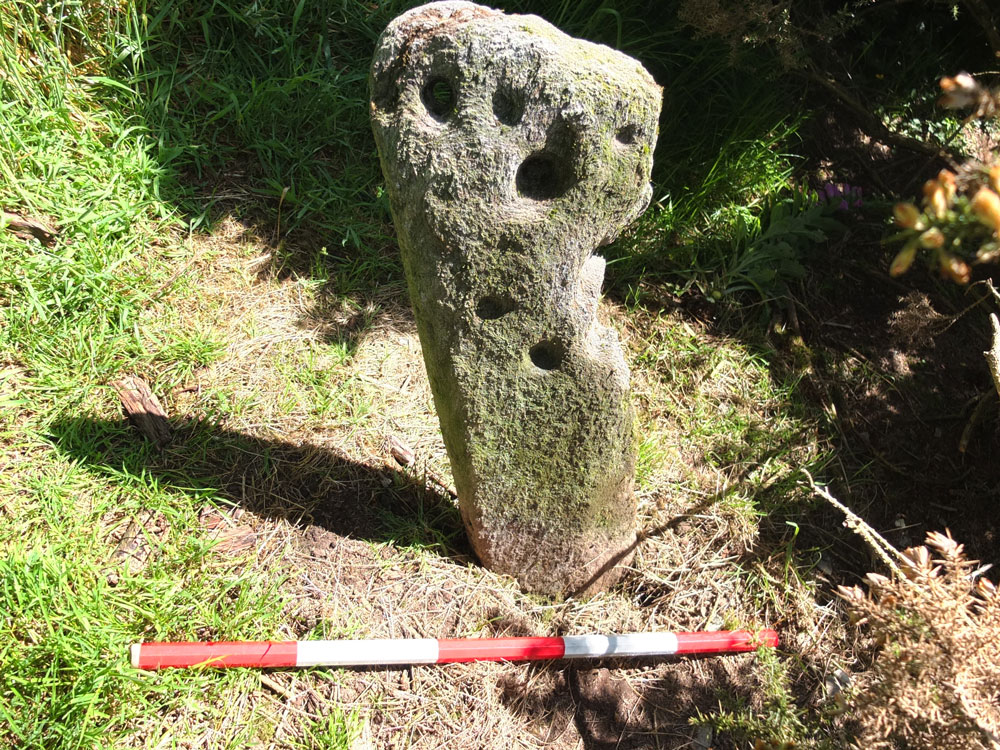 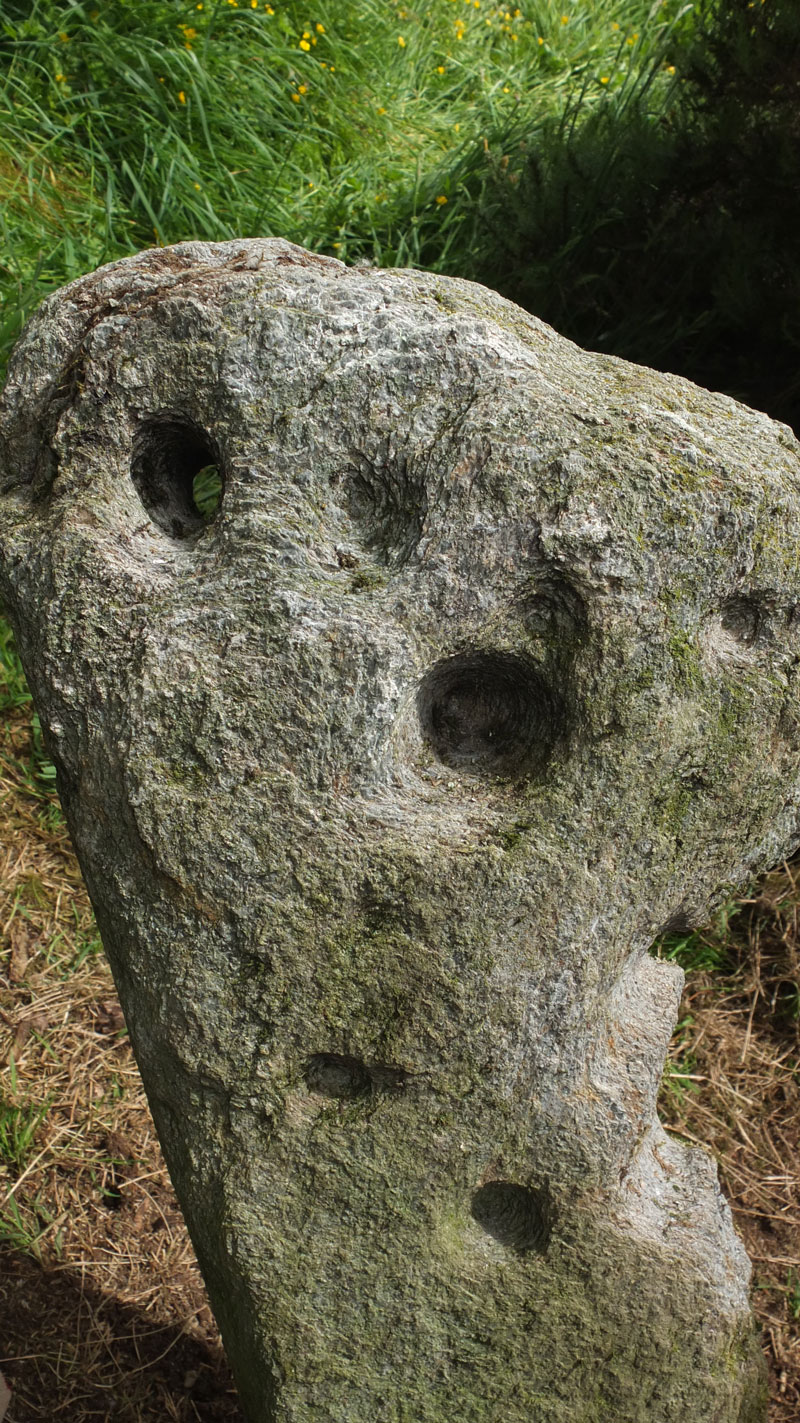 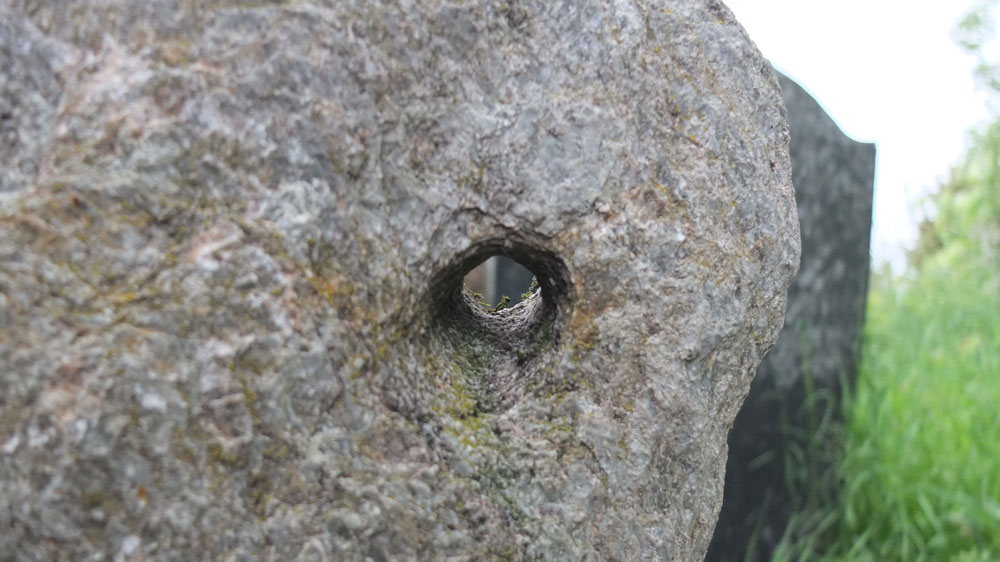