Location/Setting: This rock is located on private farm land. It was found during the course of preparing the land for a forestry plantation, and moved to the south bank of a nearby stream, which leads south from Lough Dan.

The Art: Decorated with a series of cup-and-ring motifs and cupmarks, this boulder is one of Wicklow’s most elaborately decorated panels. However, it is difficult to see all of the motifs clearly with the naked eye. The art is confined primarily to the upper surface of the boulder, but some motifs extend down its sides. The most visible motif is a large cup-and-ring motif (c.26cm diameter), consisting of a central cupmark enclosed by two rings, with four lines extending from the outer ring. There is a possible cupmark inside the outer ring. This motif is located in a corner of the upper surface of the boulder, and the linear grooves extend down the sides. To the left of this motif, and extending down the side, there is noticeable cupmark that appears to be enclosed by a single ring. To the right of the large cup-and-ring motif there is a cluster of 5 cup-and-ring motifs (single ring) and c.3 cupmarks. At the opposite end of the upper face there is another large cup-and-ring motif (c.37cm x 35cm), which has three enclosing rings. Beneath this there is another smaller cup-and-ring motif. To the left of these two motifs there is a dispersed scatter of c.5 cupmarks. 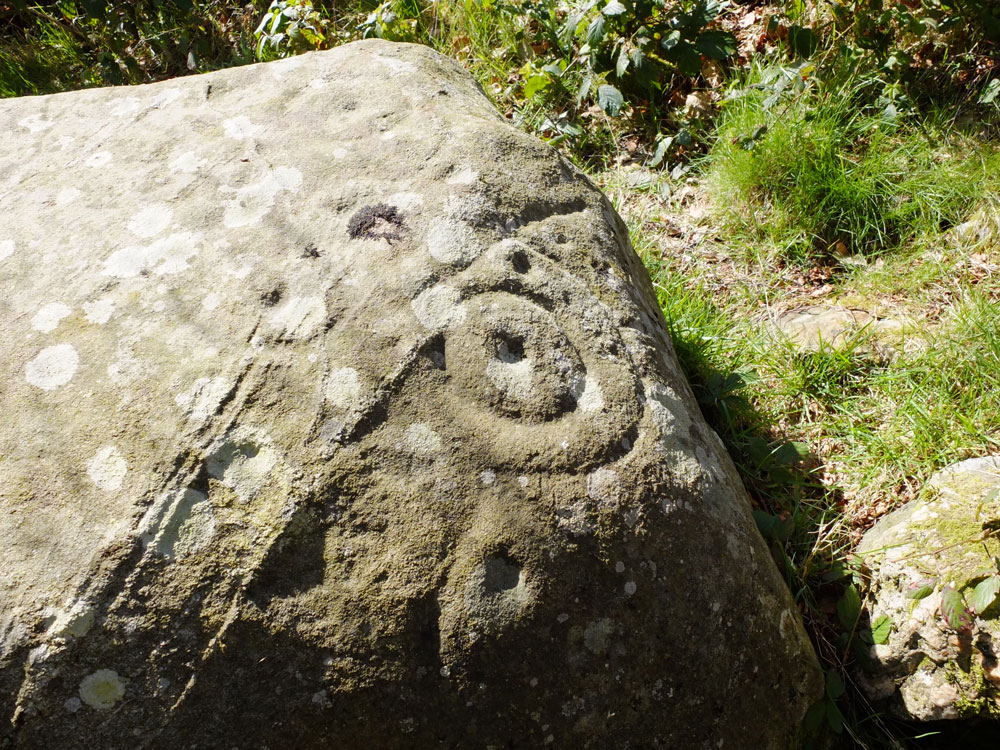 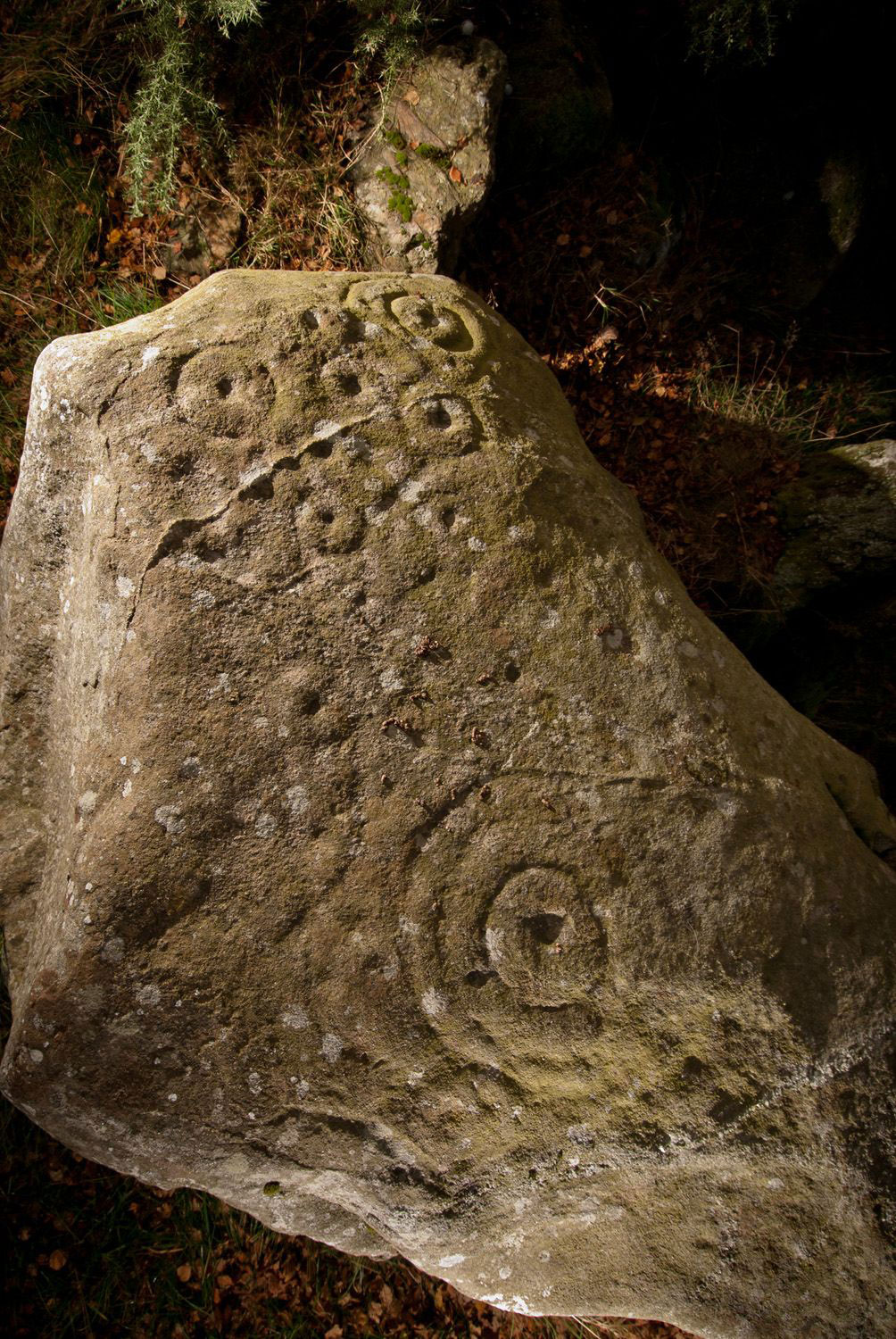 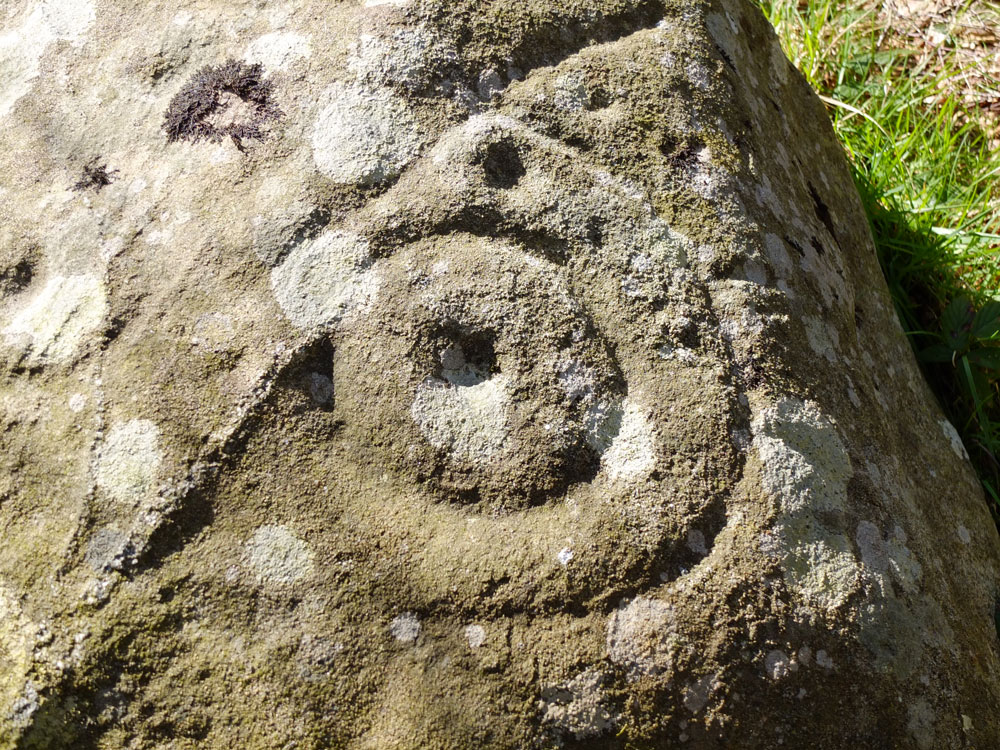 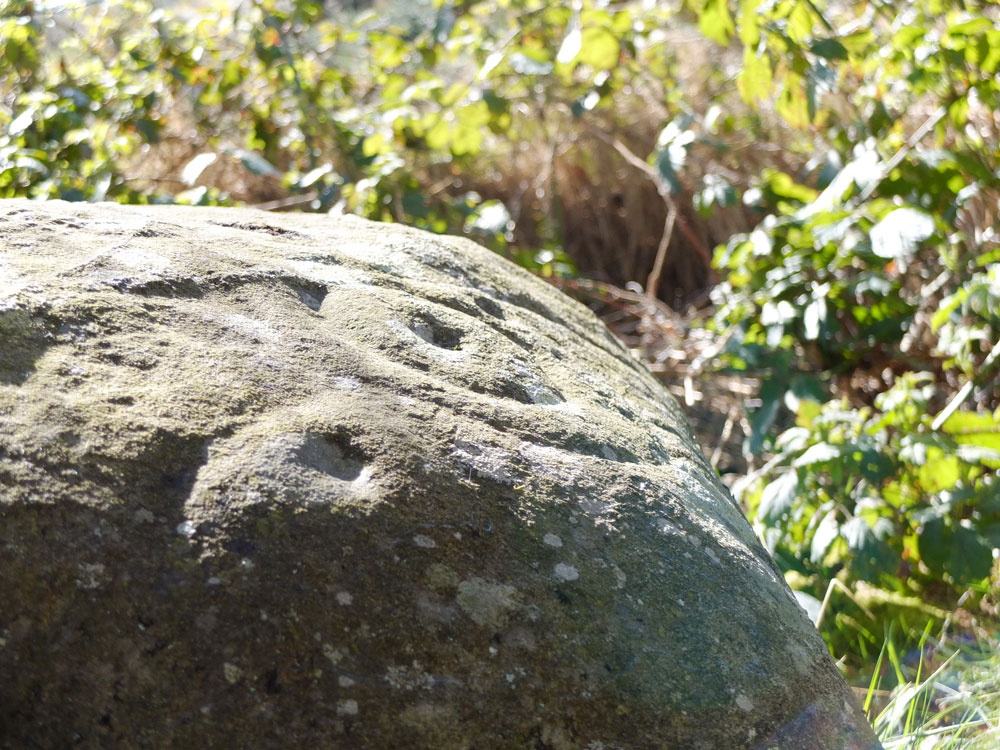