Location/Setting: This flat, earthfast boulder appears to be in its original location, although now the land is in use as a plantation of conifer trees. It is located c. 50cm south of a stream, and 63m southwest of a large boulder (WI017-002) with cup-and-ring motifs, which is not in its original location but was found in the vicinity.

The Rock: The rock is oriented north-south, and measures 2.10m (N-S) x 1.23m (E-W, min. width) and 0.09m (min. thickness). The full width of the boulder could not be determined as its western side is under grass sod. There are naturally occurring lines running SE-NW, which appear to be inclusions within the rock itself.

The Art: There are 14 cupmarks scattered across this boulder. On the southern half of the boulder there are 8 cupmarks, consisting of a N-S oriented line of four cupmarks (4.7-7.5cm diam.), a similarly oriented 3 cupmark (3-3.5cm diam.) line to the east of this (this kinks to the east), and one outlier east of this line. In the northwest corner there is a scatter of 4 cupmarks (c. 3cm diam.) that are very shallow. To the east of this, in the north central part of the boulder there is a cupmark (7.3cm diam.) that may have a raised ring (external diam. 14cm) around it, with a smaller cupmark (4.5cm diam.) adjacent to it on its northwest side.

The direct link to this Sketchfab model is https://skfb.ly/zWqo 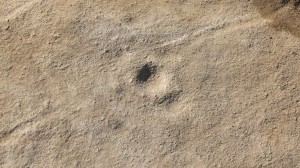 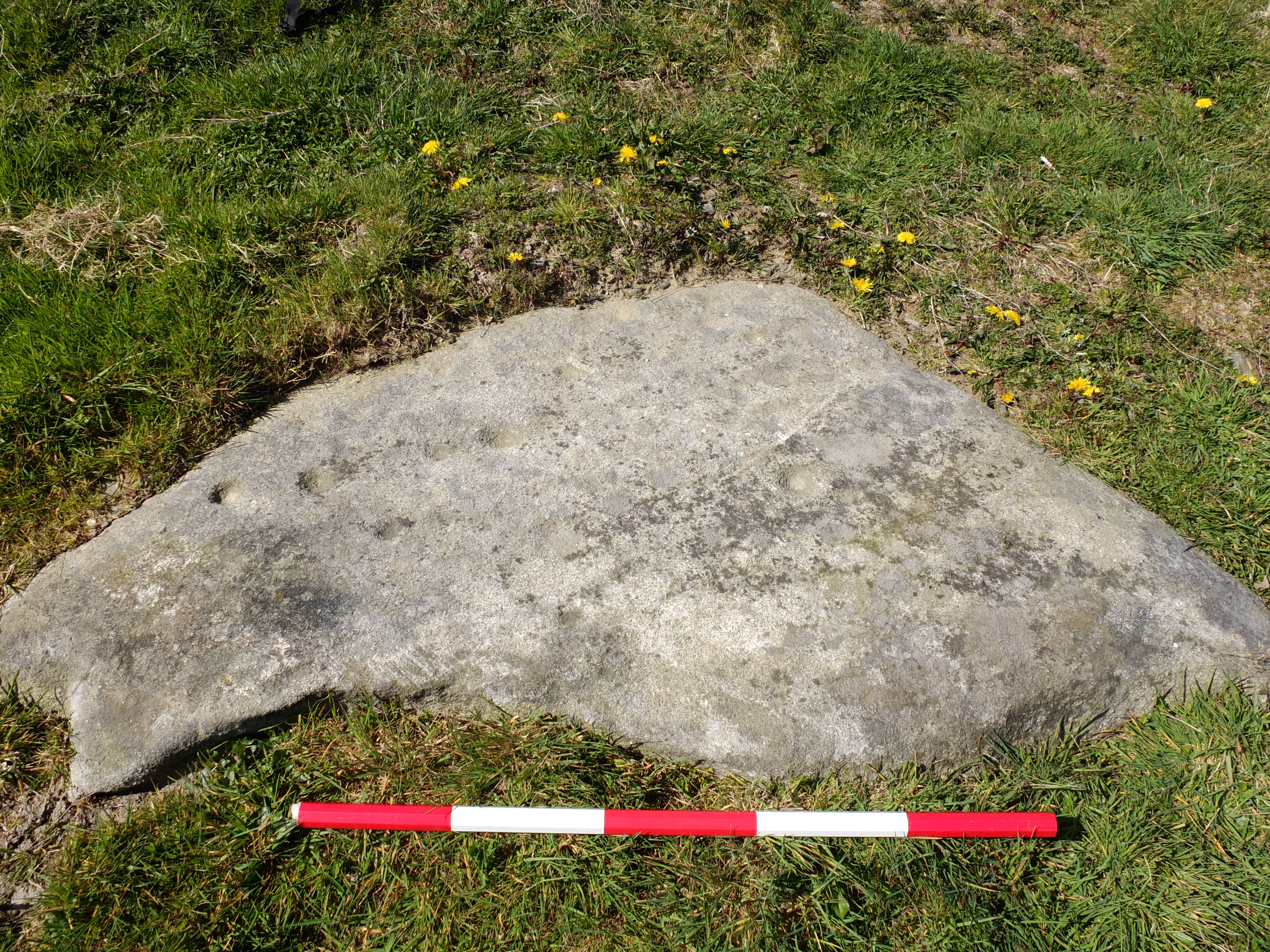