Location/Setting: This boulder was found in 1908 in Lockstown Upper, but takes its name after nearby Hollywood. It is thought that it may have marked a route to the pilgrimage centre of Glendalough, where it is now currently on display in the Visitor Centre.

The Rock: This large granite boulder (1.2m long x 0.83m wide x 0.84m thick), has frequent mica inclusions. There are signs of quarrying damage along the upper edge of the motif, part of which is missing. There is additional damage to the art, consisting of two broken linear grooves that cut through the outer two loops of the motif.

The Art: The Hollywood Stone is decorated with a large labyrinth motif (0.7m x 0.7m), consisting of a central cruciform shape enclosed by 8 incised lines to form 7 loops/returns of the labyrinth. While in the past some have assigned this boulder a prehistoric date, the style in which the labyrinth is executed (incised), the absence of a central cupmark, and its location close to the pilgrimage route of Glendalough, suggests that it is of later date. The labyrinth motif is often used to depict pilgrimage.

(Kinahan, 1884.Proceedings.The Journal of the Royal Historical and Archaeological Association of Ireland.Fourth series 6 (57): 222-237). 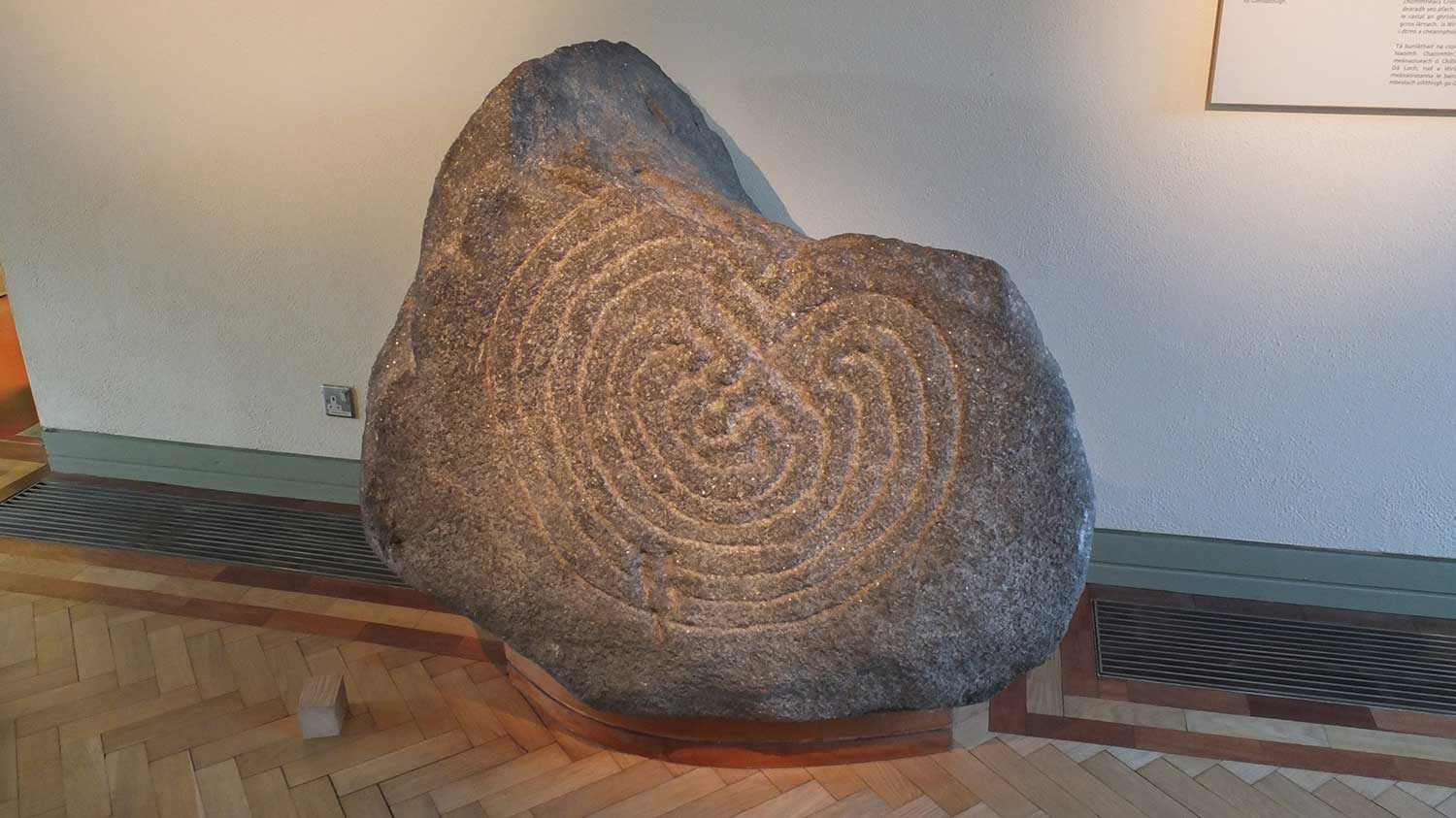 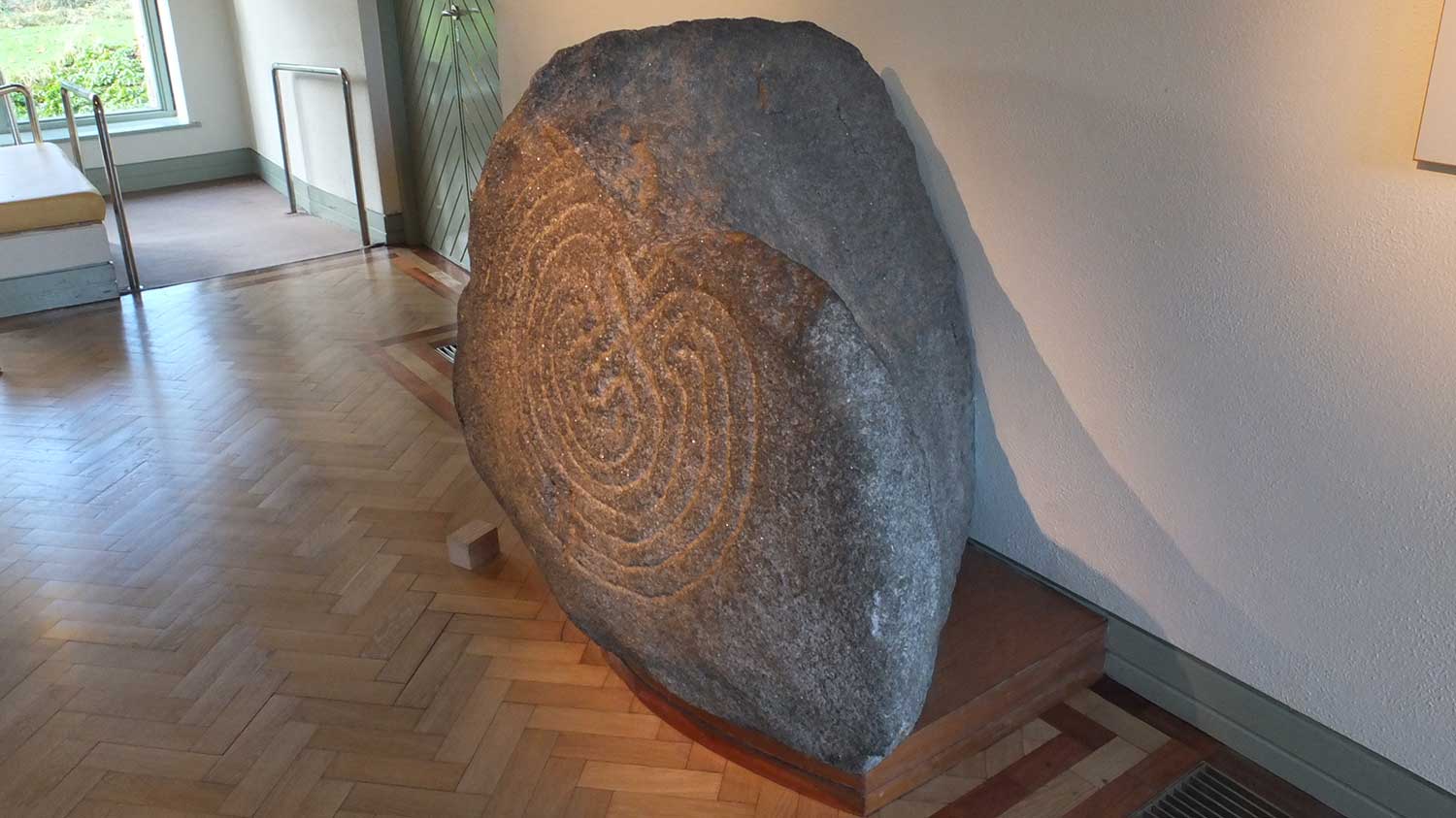 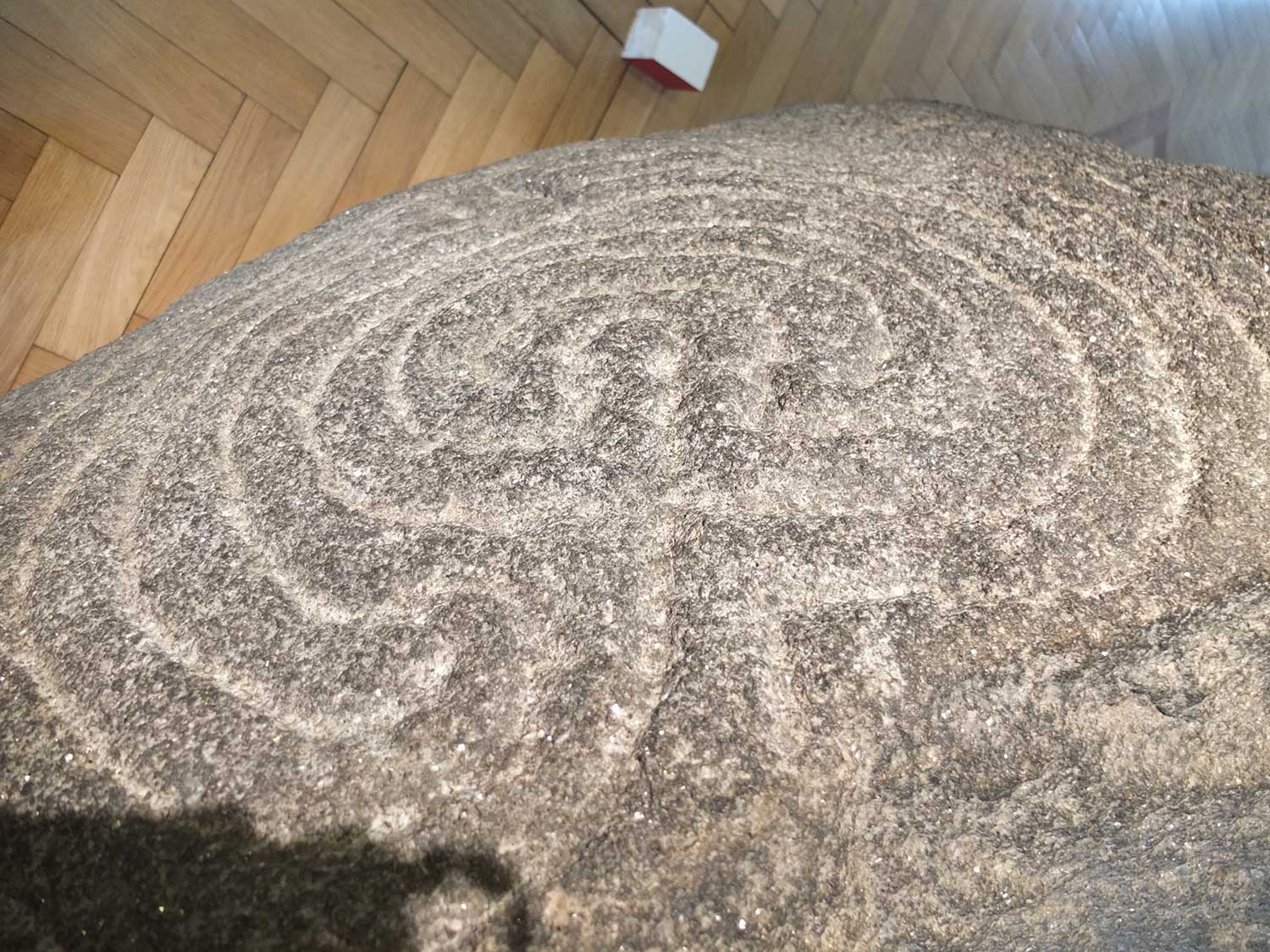 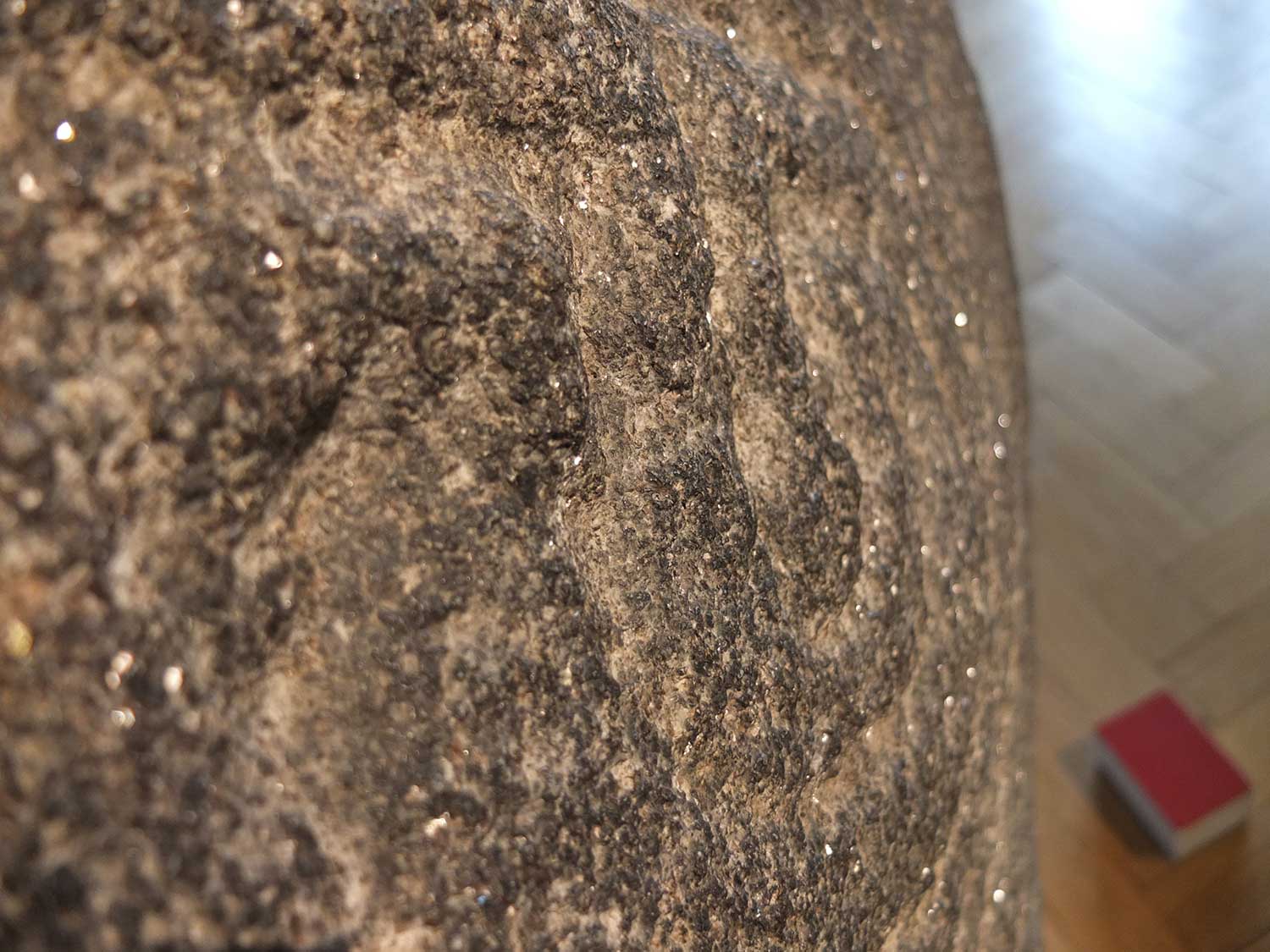