Location/Setting: Located in the northwest corner of a gently sloping field to the southwest of Threewells crossroads. It has been placed right up against the field boundary wall, making it a bit difficult to view the most heavily decorated face.

The Rock: A granite boulder (1.16m x 0.64m x 0.55m) with bands of quartz inclusions. It has five visible faces. Its decorated west-facing side is slightly concave, and there appears to be angular stone extractions in this side and the east-facing side. There are possible plough marks on the lower part of the east-facing side. Moss growth on the rock is encouraged due to its shady location in the field corner overhung by trees.

The Art: The art on this rock consists of rows of small cupmarks (2cm diameter). There are at least 43 cupmarks arranged in 6 rows of varying regularity of curvature on the west-facing side of the rock – an upper row of 7 cupmarks, a second row of 9 cupmarks, a third row of 12 cupmarks (this row is particularly curved at one end), a fourth row of 5 cupmarks, a fifth row of c.6 cupmarks, and a sixth row of 4 cupmarks. There are also another three cupmarks closer to the the base, which may form part of another row. The upper face of the boulder, which is at right angles to the west-facing side,also has a number of cupmarks (c.12) which are larger and less formally arranged. There is also a possible cupmark at the lower end of the south-facing side. 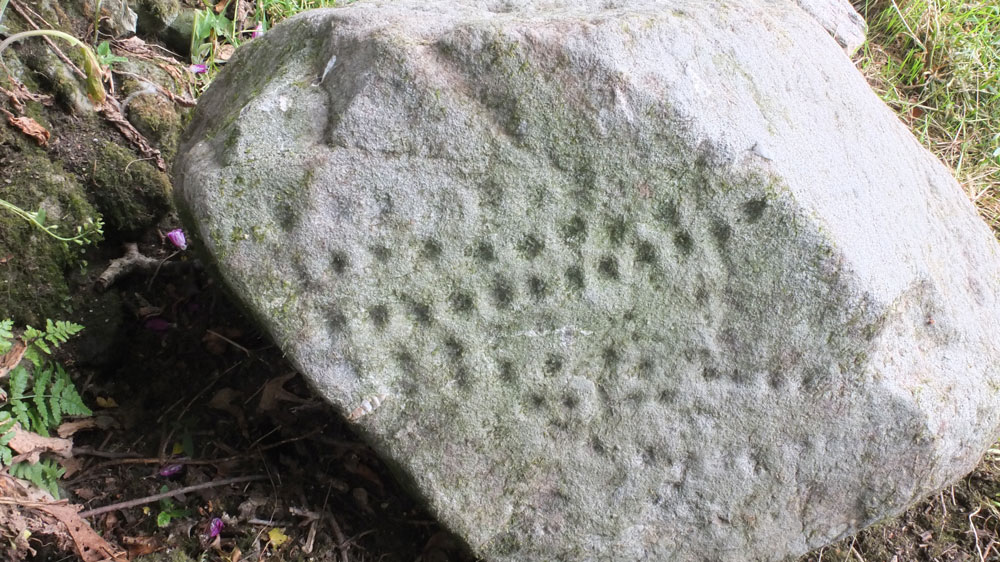 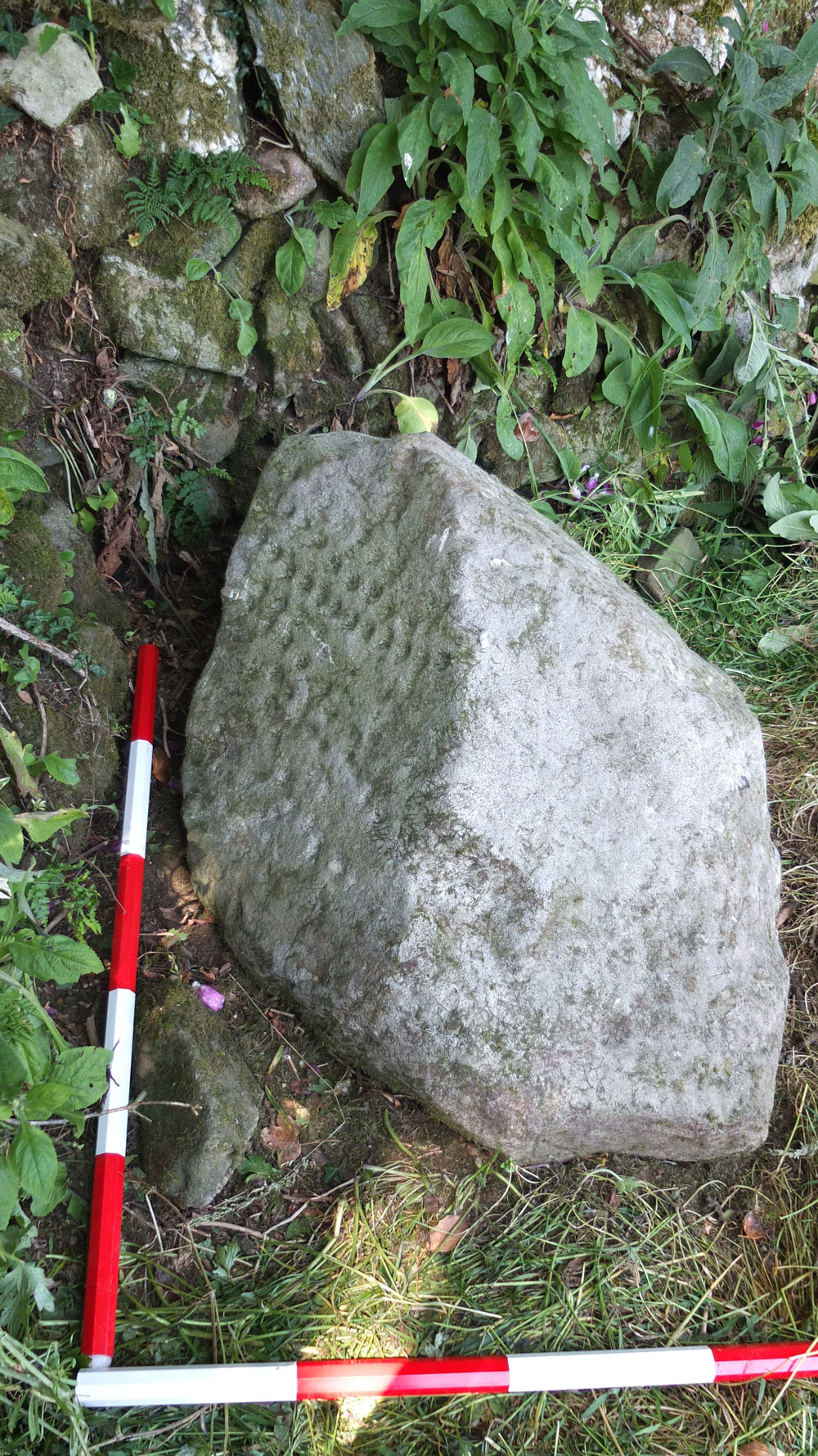 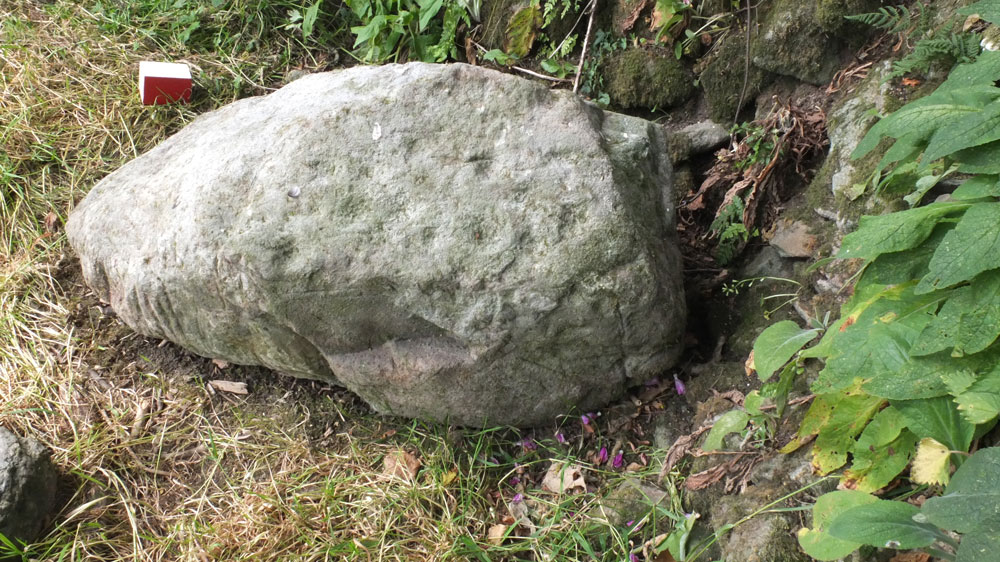 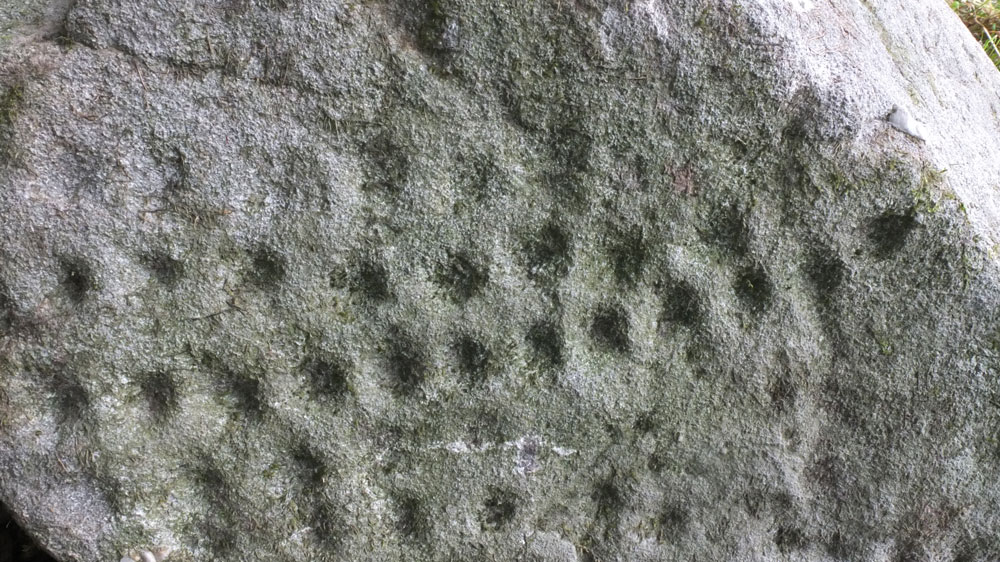 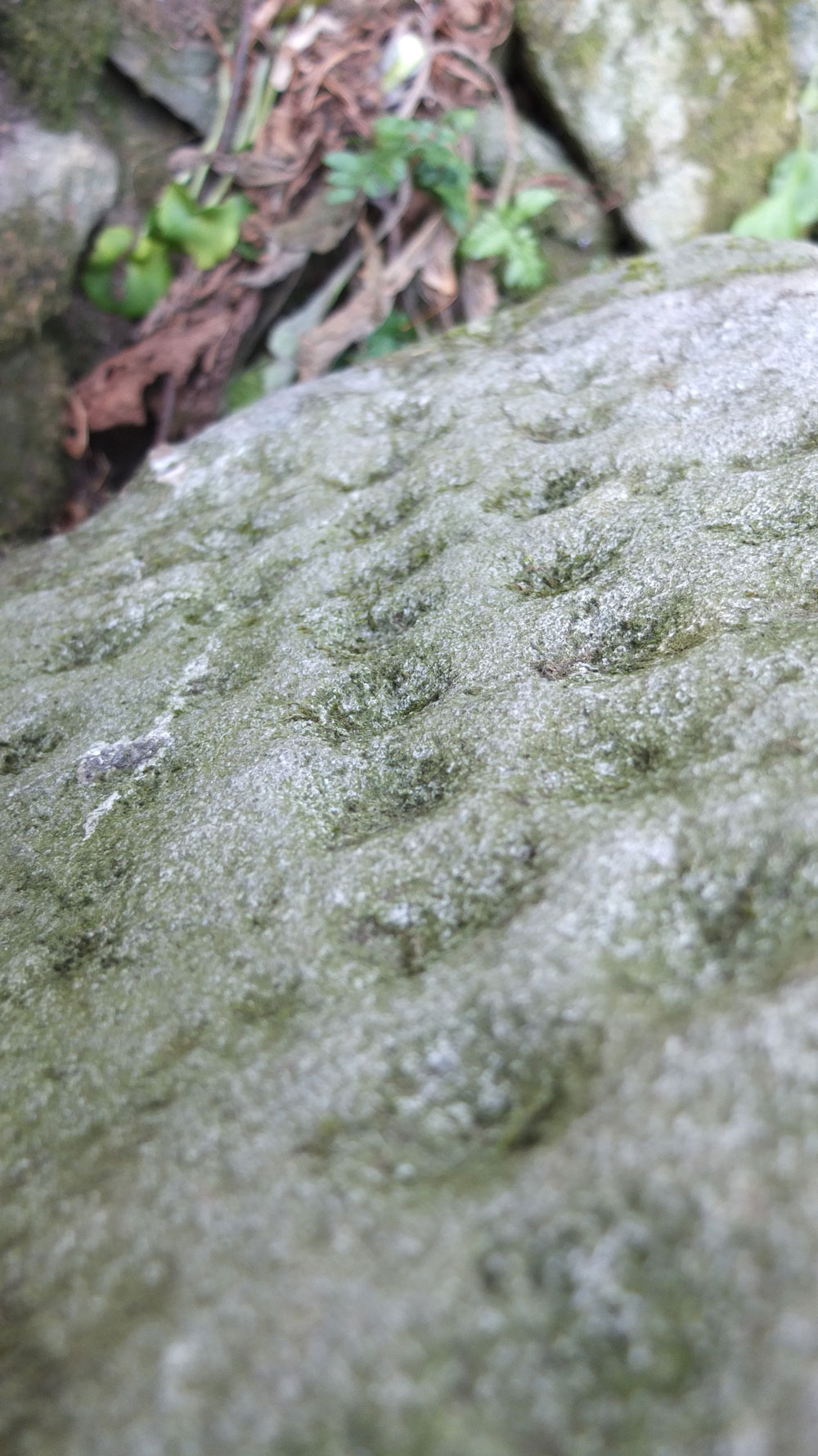