Location/Setting: This boulder is located on agricultural land, in a concentration of other smaller boulders, which appear to be the result of field clearance. Due to its size, it was presumably found nearby. The site is located around 250m east of the Avonmore river, but there are currently no views of the river.

The Rock: This large granite boulder, measuring 1.1m (length) x 0.70m (width) x 0.65m (thickness), is currently lying along its length, and is decorated on two faces. It appears to have been shaped somewhat, particularly on its northern face.

The Art: On its eastern face there are 18 cup marks, ranging in diameter from 3.5cm – 8.5cm, and 1-2cm deep. They do not appear to form any discernible pattern. The large cupmarks are concentrated towards the centre of the eastern face. Smaller cupmarks are present to the south of this concentration and along the edge closest to the ground surface. On the flattened northern face there is a large cupmark (12cm in diameter, 4cm deep), which has been interpreted as a bullaun. However, there are other rock art sites (e.g. Baltynanima WI018-036) with large cupmarks at the centre of cup-and-ring motifs. As such the bullaun at Ticlash could be a similar large prehistoric cupmark. Whatever the case, such examples reveal the long tradition of carving circular depressions, in both prehistory and the medieval period. 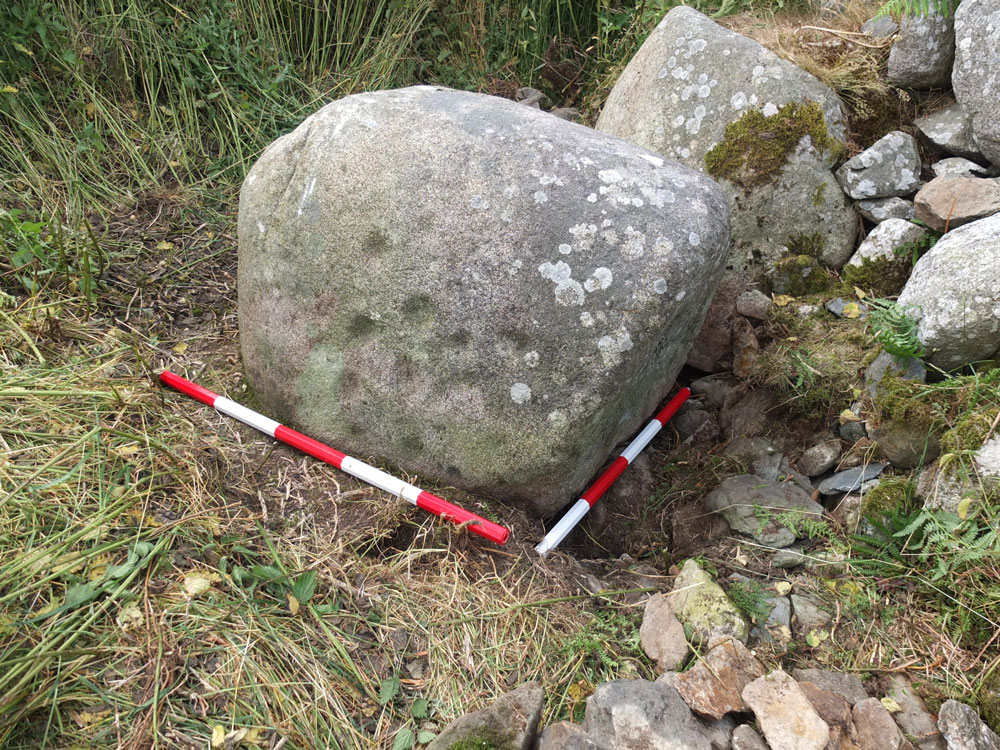 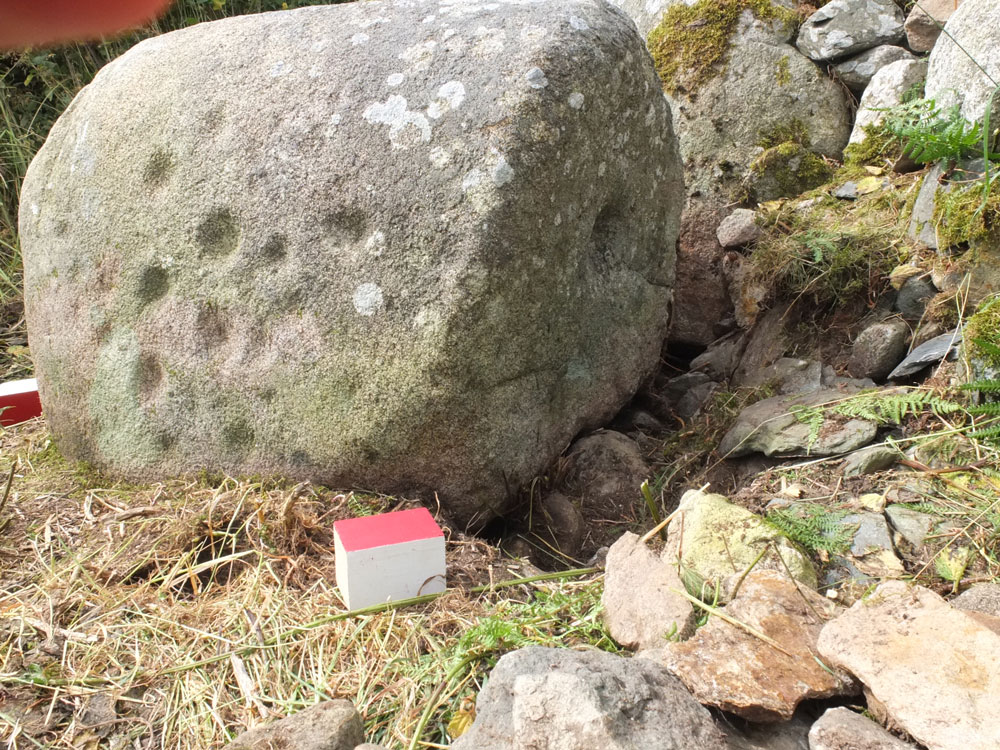 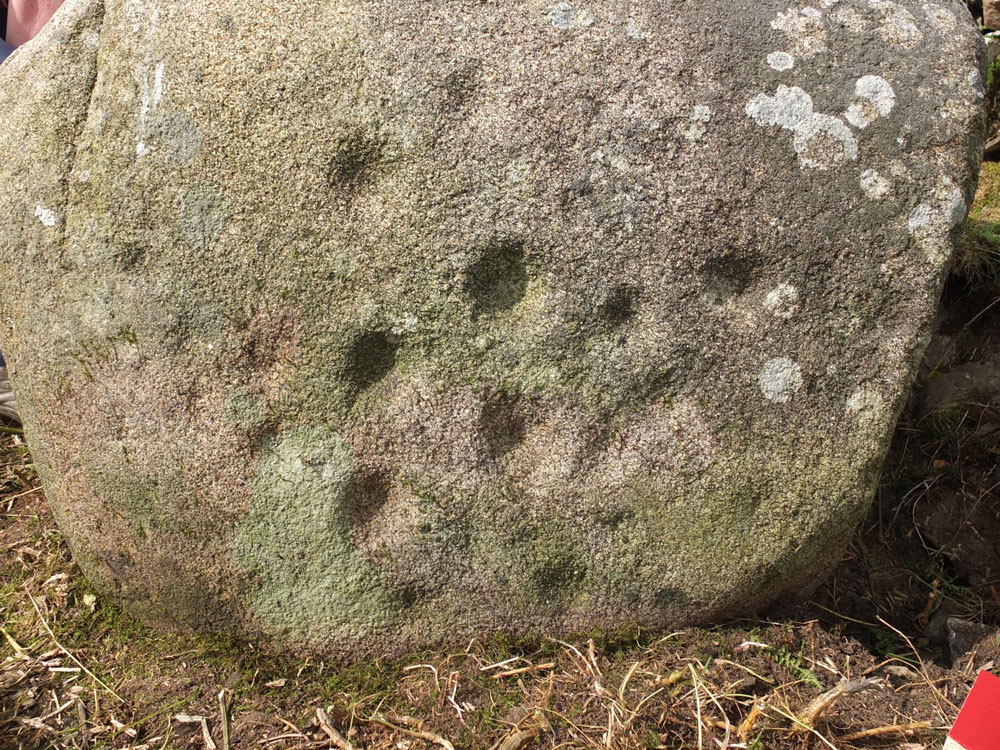 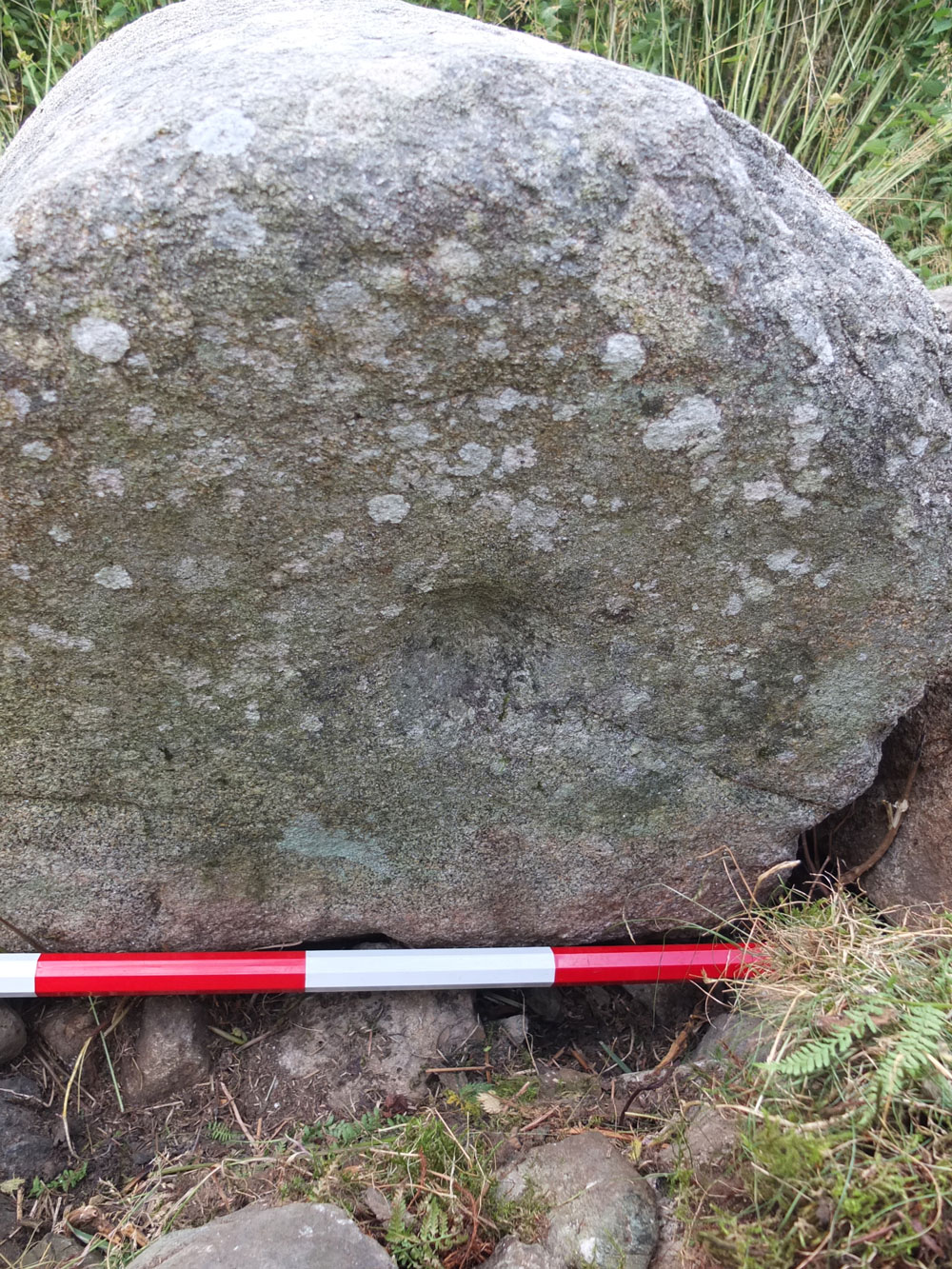